Paul founded Stenham Property Limited, a property fund management business, for the Stenham Group in 1995. As managing director, he was responsible for driving the development of the business and, by the time that the Stenham Group was sold to Peregrine Holdings Limited (a financial services business listed on the JSE) in 2007, Stenham Property had in excess of £2bn of assets under management.

In 2014, Paul, together with CFO Patsy Watson, orchestrated the sale of Stenham Property and a substantial part of the assets under management, by way of a share deal to a JSE and BSX listed entity, now known as Industrials REIT. Paul was appointed as the CEO of Stenprop and continues in that position.

Paul graduated as a lawyer at Edward Nathan & Friedland Inc in South Africa. In 1990, he moved from South Africa to London where he joined Titmuss Sainer Dechert (now called Dechert) in their corporate department. He subsequently became a partner at the London office of Sonnenberg Hoffman & Galombik in 1994, prior to joining the Stenham Group in 1995. 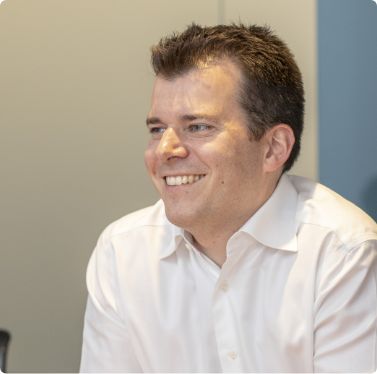 Julian previously worked in the leveraged opportunity funds team at LaSalle Investment management from 2007-2009, prior to which he worked at Jones Lang LaSalle in the auction and private investment team. He has extensive experience in asset management, fund structuring, third-party finance and investment. Julian is a qualified chartered surveyor. 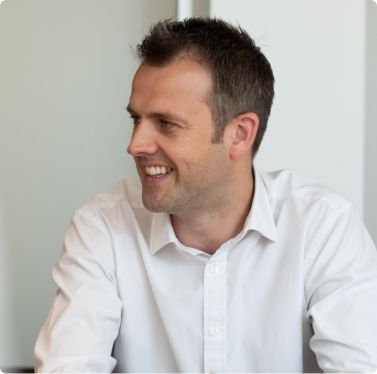 James was appointed CFO in June 2019, having joined Industrials REIT in 2015 as Head of Finance.

James previously spent five years as finance director of alternative asset funds at Shore Capital, where his focus was on German real estate and alternative investment funds. Prior to that, he had eight years of experience in European real estate and financial services through finance roles at Cambridge Place Investment Management and Genworth Plc, a Fortune 500 company.

James qualified as a Chartered Accountant in 2002, after serving articles with Hacker Young, a firm based in the City of London. He holds a Bsc(hons) degree from the University of Leeds. 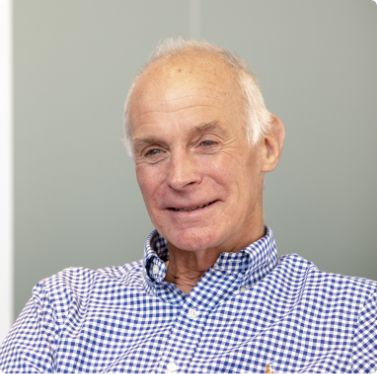 Richard was appointed Chairman and joined the Board in May 2018.  He also chairs the Nomination Committee and is a member of the Remuneration Committee. 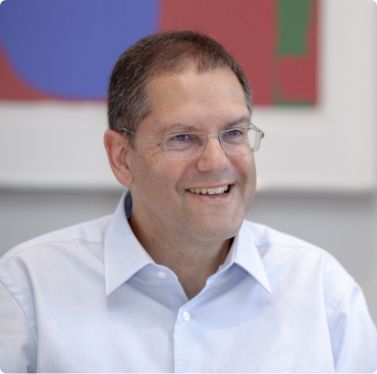 Paul was appointed to the Board in September 2016. He is the senior independent Director and chairs the Remuneration Committee.

Paul is a solicitor with over 25 years’ experience in cross border mergers and acquisitions, joint ventures, international offerings, listed and unlisted funds, and governance and securities laws issues, with a particular focus on the real estate sector. Paul graduated from the University of Cape Town with Bachelor degrees in Commerce and Law. He built his career at Berwin Leighton Paisner LLP (now Bryan Cave Leighton Paisner LLP), where he was a senior partner and led the capital markets team for a number of years. He is now a director of Everglen Capital Partners LLP and remains a part-time consultant to Bryan Cave Leighton Paisner LLP. 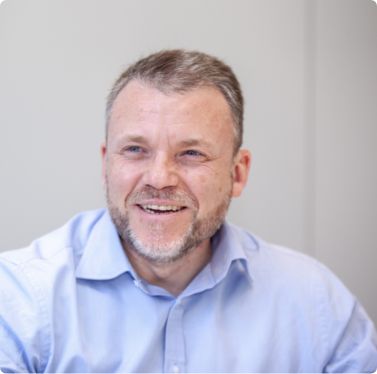 Philip is a qualified chartered accountant with more than 20 years’ experience in the property sector. Having qualified in professional practice, he moved to specialise in property investment and development in 1996, and since 1998, has worked at board level within listed and private real estate companies and funds across Europe, leading the sourcing and investment of over £1bn of equity investment. Philip is currently the chief investment officer at Prime plc, the UK’s leading healthcare real estate company, having joined the group in April 2017. For six years prior to joining Prime plc, Philip was finance director and deputy managing director of Primary Health Properties plc, a Real Estate Investment Trust listed on the Main Market of the LSE.

Philip’s previous senior roles were as CFO of Natixis Capital Partners Limited, a private equity real estate fund manager, CFO of Atlas Estates Limited, leading their listing on AIM and capital raising in 2007, and as finance director of Estates & General plc, a Main Market LSE listed real estate group that Philip helped to sell and de-list in 2004. Philip is currently a non-executive director and chairman of the audit committee of TP Group plc, an AIM listed specialist services and advanced engineering company that operates in the defence, industrial and government sectors. 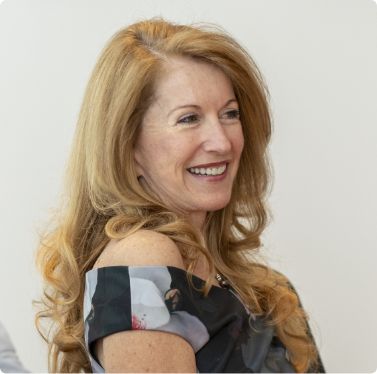 Patsy now has taken a new position on the board and sits on the Nomination Committee and Social and Ethics Committee. Patsy joined Stenham Property Limited in May 2007 as Finance Director and took position of CFO in October 2014. She has played a pivotal role in developing and implementing the strategy, which has transformed the business from a multi-sector fund management business into a listed UK REIT focused on becoming the leading MLI specialist in the UK.

Patsy graduated from the University of Witwatersrand in South Africa with Bachelor degrees in Commerce and Accountancy, where she also completed a two-year postgraduate course in taxation. She qualified as a Chartered Accountant in Johannesburg, after serving articles with PricewaterhouseCoopers.

Patsy joined the project finance division of a South African merchant bank for three years, prior to becoming a founder partner in Neil Thomas & Associates, a boutique firm of corporate finance specialists in Johannesburg. There, she had 13 years of experience in corporate finance and project structuring. Following a move to the UK in 1999, Patsy spent three years as finance director of a division of Regus before leaving to join Stenham Property Limited. 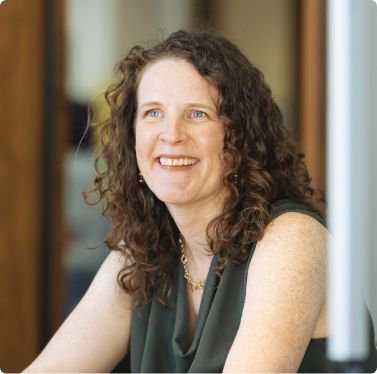 Louisa joined the board as a Non-executive Director in November 2020. She is also a member of the Audit and Risk Committee, Remuneration Committee and Social and Ethics Committee.

Louisa is a commercial and operational specialist with a career spanning 25 years primarily in the travel and transportation industry. Since January 2021, Louisa worked for P&O ferries joining initially as Director of Operations – Dover/Calais and becoming Chief Operating Officer in April 2022. 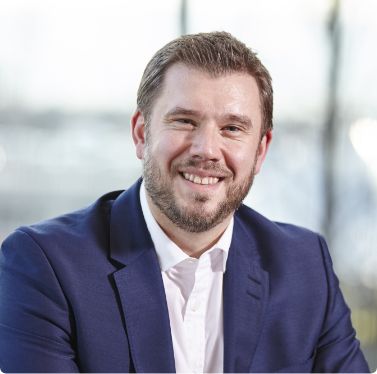 Richard joined the board in November 2020 as an Independent Non-Executive Director. He is also a member of the Audit and Risk Committee and of the Social and Ethics Committee.

Richard was appointed CEO of Unite, a London stock exchange listed FTSE250 business and the UK's leading provider of purpose-built student accommodation in June 2016. Having joined Unite as deputy chief financial officer in 2010, he was promoted to managing director of operations in 2011, with responsibility for customers service and leading the maintenance and facilities management across the Group’s portfolio.

Prior to Unite, Richard spent 18 years in the transport industry, working in the UK, Europe, Australia and North America. This included 13 years at National Express Group, where he held a range of senior finance, strategy and operations roles, including group development director and chief financial officer, North America. 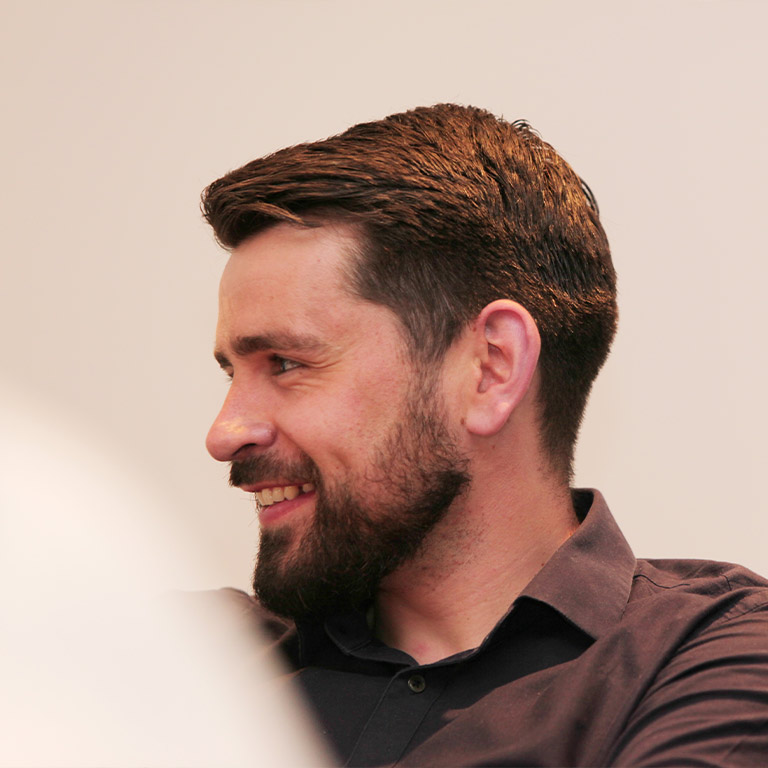 After joining Industrials REIT in June 2017 as part of the Industrials.co.uk deal, Will will lead on all UK acquisitions and disposals in order to become the leading multi-let industrial business in the UK.

Will started his career at Land Securities Trillium (now Telereal Trillium) in 2009, where he initially worked on the asset management of non-client occupied properties throughout the UK. He then joined the acquisitions team, where he helped grow their UK investment portfolio, primarily focusing on regional industrial and office investment opportunities. Will is a member of the RICS. 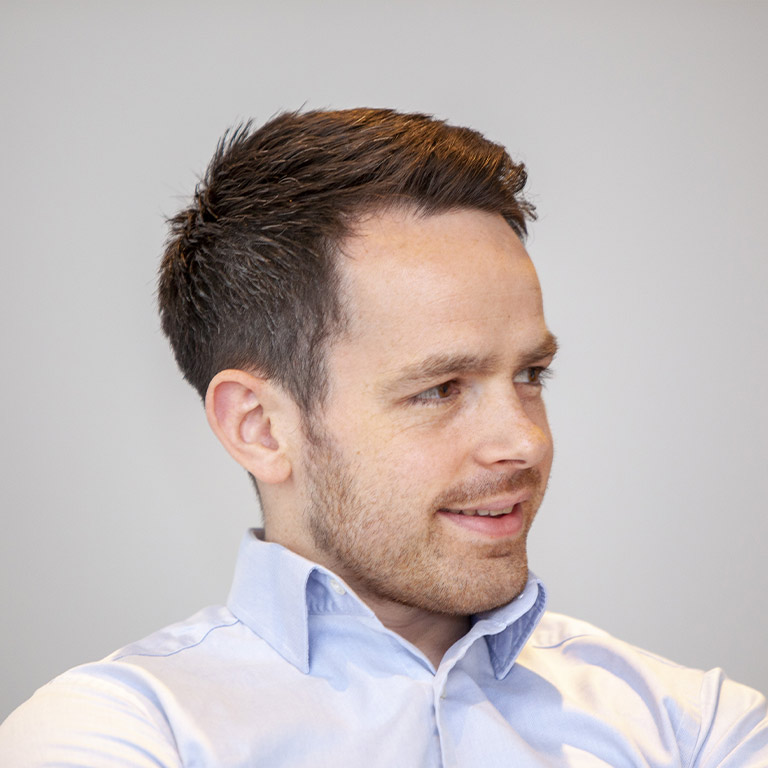 Simon joined in July 2015 as an Asset and Investment Manager to support the growth of Industrials. Simon is responsible for overseeing day-to-day asset management across the UK portfolio in addition to identifying income enhancing, risk mitigation and growth opportunities.

Simon previously worked for Capita Real Estate as an associate in their professional and agency teams, where he provided strategic advice on office, retail and industrial portfolios held by major corporate and investor clients including BASF plc, Bupa, McDonald’s, National Grid and Sainsbury’s Supermarkets Limited. He has extensive experience in landlord and tenant negotiations, asset management and retail agency. Simon is a member of the RICS. 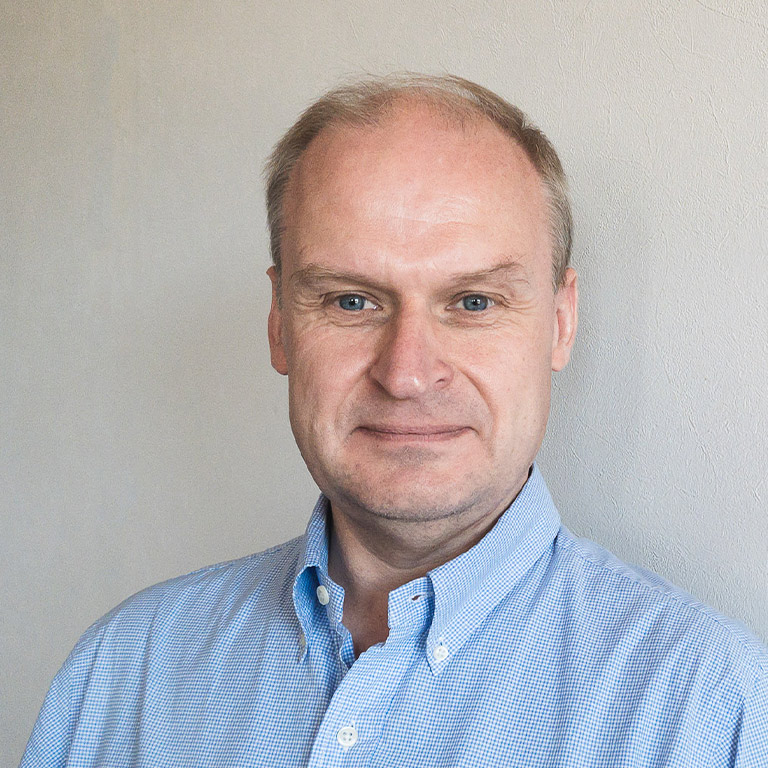 Mike joined us in 2019 as Head of Financial Operations.

Head of Debt and Special Projects 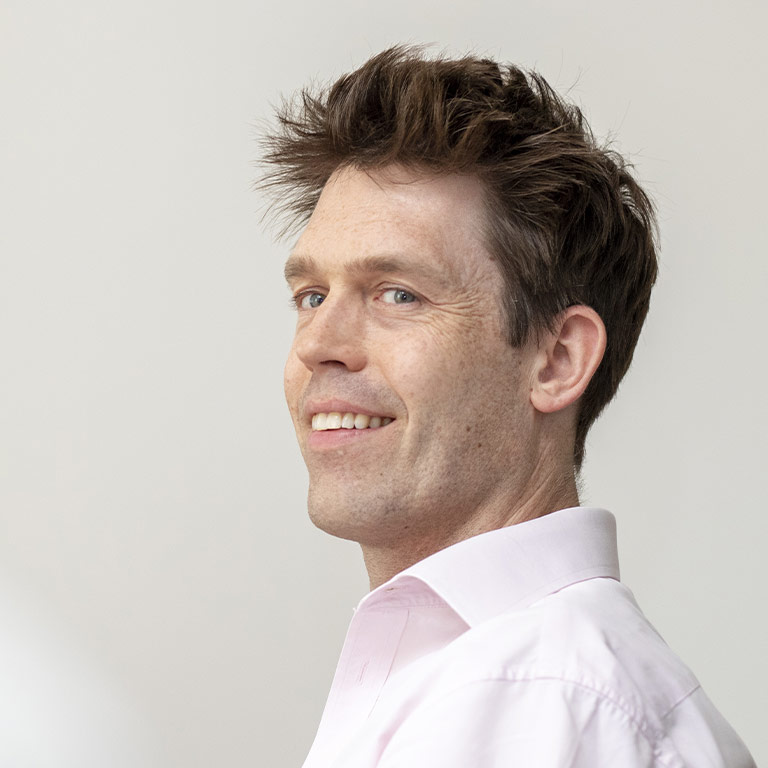 James joined in March 2015 and leads on all third party financing for the Group. James also works across the business from an investment and operational perspective, leading the management and implementation of special projects. James has extensive experience working across all aspects of the real estate investment and finance market in the UK and Europe.

James’s previous experience includes a mixture of principal and corporate finance advisory roles with companies including KPMG, Pacific Real Estate Capital Partners, UBS and Invesco Real Estate. James has invested and deployed capital across the capital structure and advised large public and private companies on their property investments and strategies. James is a member of the RICS. 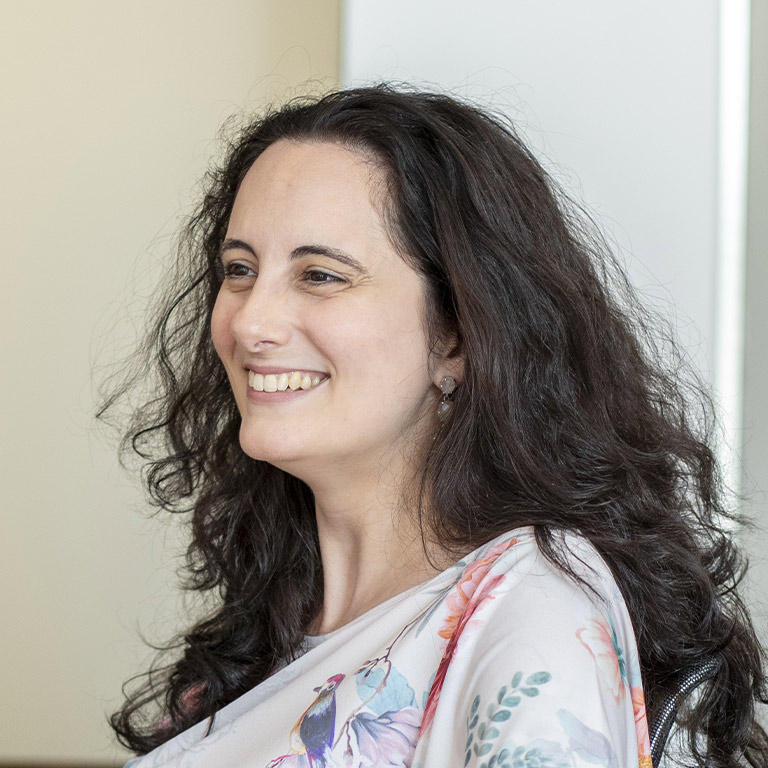 Sarah joined Industrials REIT in November 2015. She is a qualified solicitor in England and Wales and manages the legal, risk and HR functions of the Industrials REIT, advising the board on a broad range of corporate, commercial, regulatory and governance issues. She was appointed as Company Secretary in May 2018. Before her current role, Sarah was managing the corporate and commercial legal department for EMEA at GFI Group, a major global interdealer broker. Prior to this, she gained extensive experience in cross border mergers and acquisitions, joint ventures and capital markets at international law firm Bryan Cave Leighton Paisner LLP and Israeli firm Danziger Klagsbald & Co. 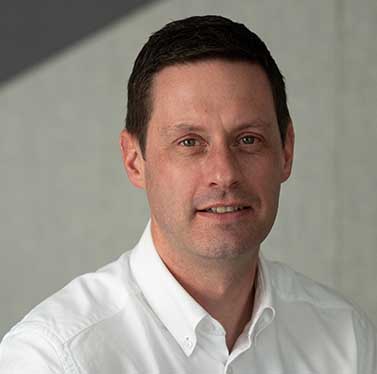 John is responsible for driving the growth of the Industrials platform, optimising the customer journey and refining the lead generation function.

Explanation and analysis of our financial results and future outlook

Sign up to receive the latest information direct to your inbox